So, a lot you people have played this now.  Way more people than we thought would; for a little jam game made over a weekend.  Thanks to anyone who has played, or watched, the game over the last week or so.  We are busy working on an update just now but I thought I would make a post about how the jam went and how we feel about what we produced.

Time And The Ending

Well, it's pretty obvious to anyone who has played or watched a video of the game that once you get to the house there really isn't much going on at all.  We always wanted the Blair Witch inspiration to be pretty obvious (the house is based on the one from the movie after all) but we ended up basically lifting the end from the film as simply a way to bookend the game.  This was simply due to running out of time.  We submitted the project just a couple of hours shy of the deadline but we had for sure used a lot of the 48 hours we were supposed to take.

To be honest I've wanted to make a horror game that doesn't rely on jumpies for a while.  I wanted to make the player feel uneasy and tease them about what might be out there.  Maybe that worked out, maybe not. 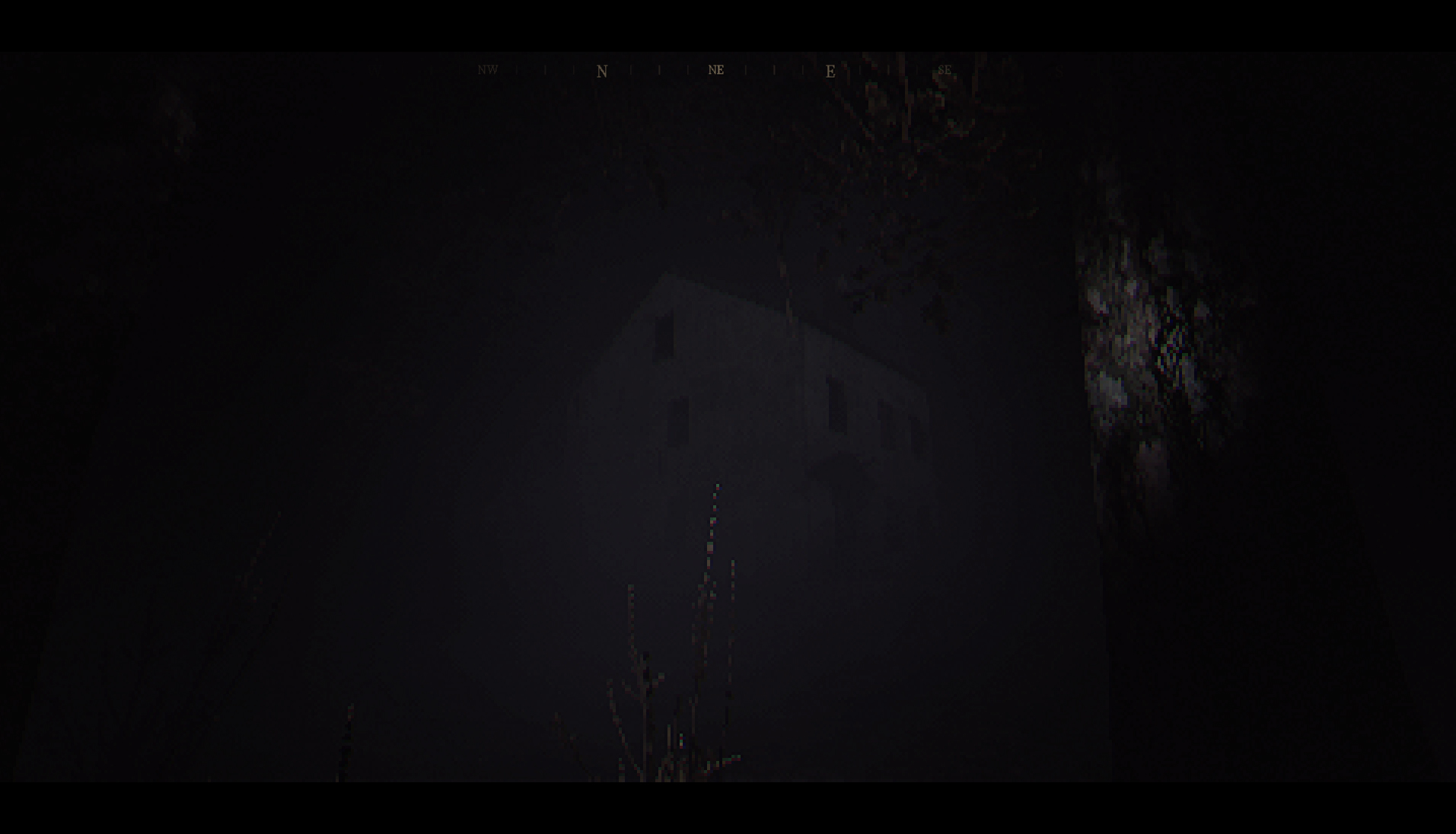 We wanted the player to be lost in the woods on a foggy night, it was the part of the game I noodled with the most and I think the overall mood of the forest section works well.  There is a general feeling of unease and spook in the woods;  I've seen a few people play and I think we worked that well.  Is there people in the woods with you?  Maybe.  Maybe not.

Get Lost, But Not Too Lost

From a lot of the videos we've seen it looks like most people were able to find the house after an initial period of confusion.  When we first put the house in there we had no cues or prompts as to where it was and it was totally possible to walk around in circles, or straight lines, and never find it.

It might surprise you but the house is always in the same place on the small map, and is actually about 100m away from the camp site right at the start.  Begin able to accidentally find the house with 30 seconds is something we want to address in a future update, as the process of finding it is a big part of the experience. 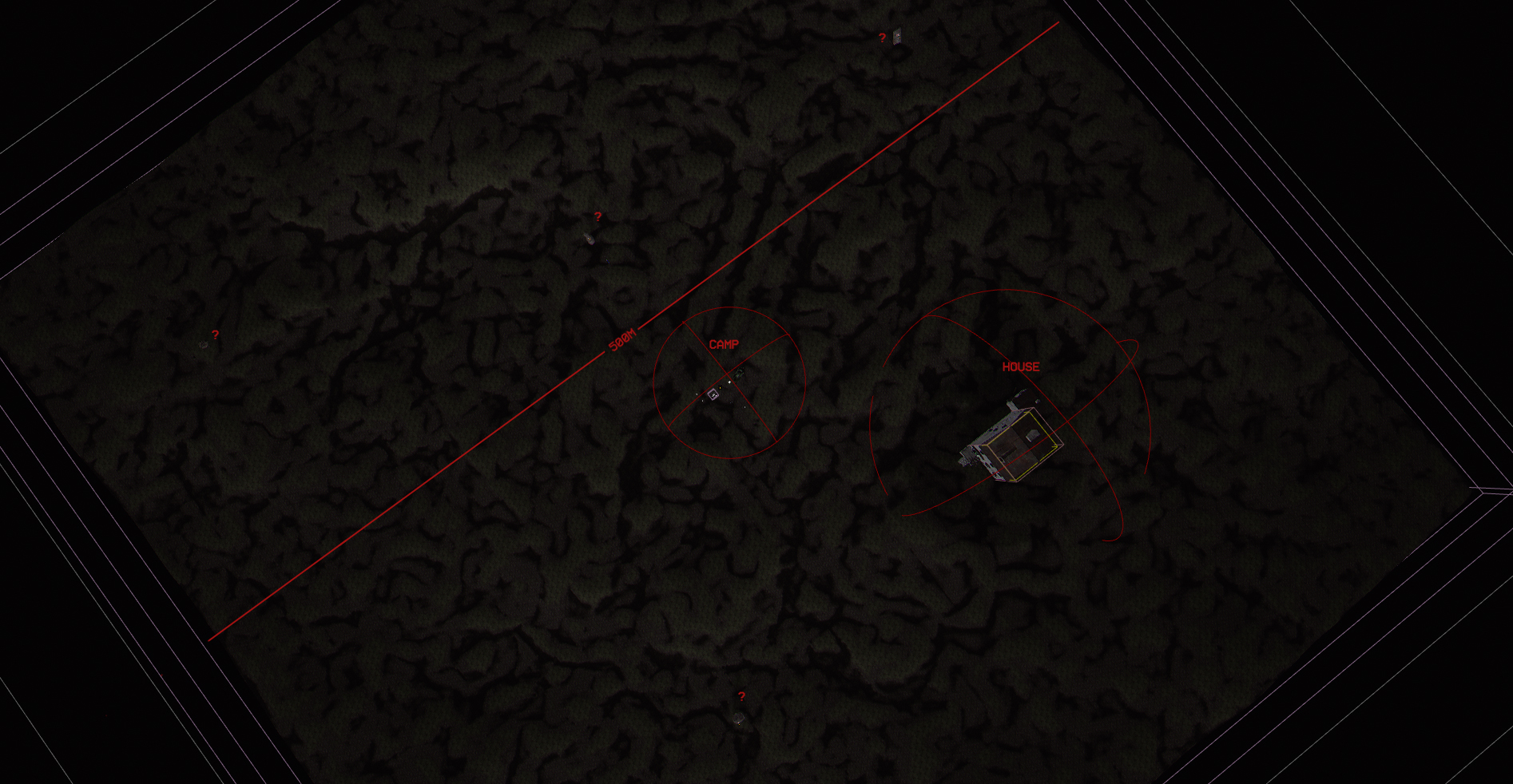 As you can see the map is actually pretty small, only 500m².  Given the time constraints we were worried handling a large landscape would take the whole weekend to get in, luckily UE4 has some built in tools that made this pretty painless to set up.  Firstly the height map for the terrain tiles in all directions, and this allows us to give the impression of the endless forest.  If you reach the bounds on one end you are teleported to the opposite bounds seamlessly and continue back to the center of the map.

The tress and vegetation were all placed procedurally using the tools in UE4, and masked by heat maps I generated along with the height map.

We actually ended up having the forest set up and looping really quickly.

We are working on a post jam update right now.  It will address the criticisms we have of the game ourselves and move it closer to what we would have wanted it to be for the jam.  So what does that mean?  Well; 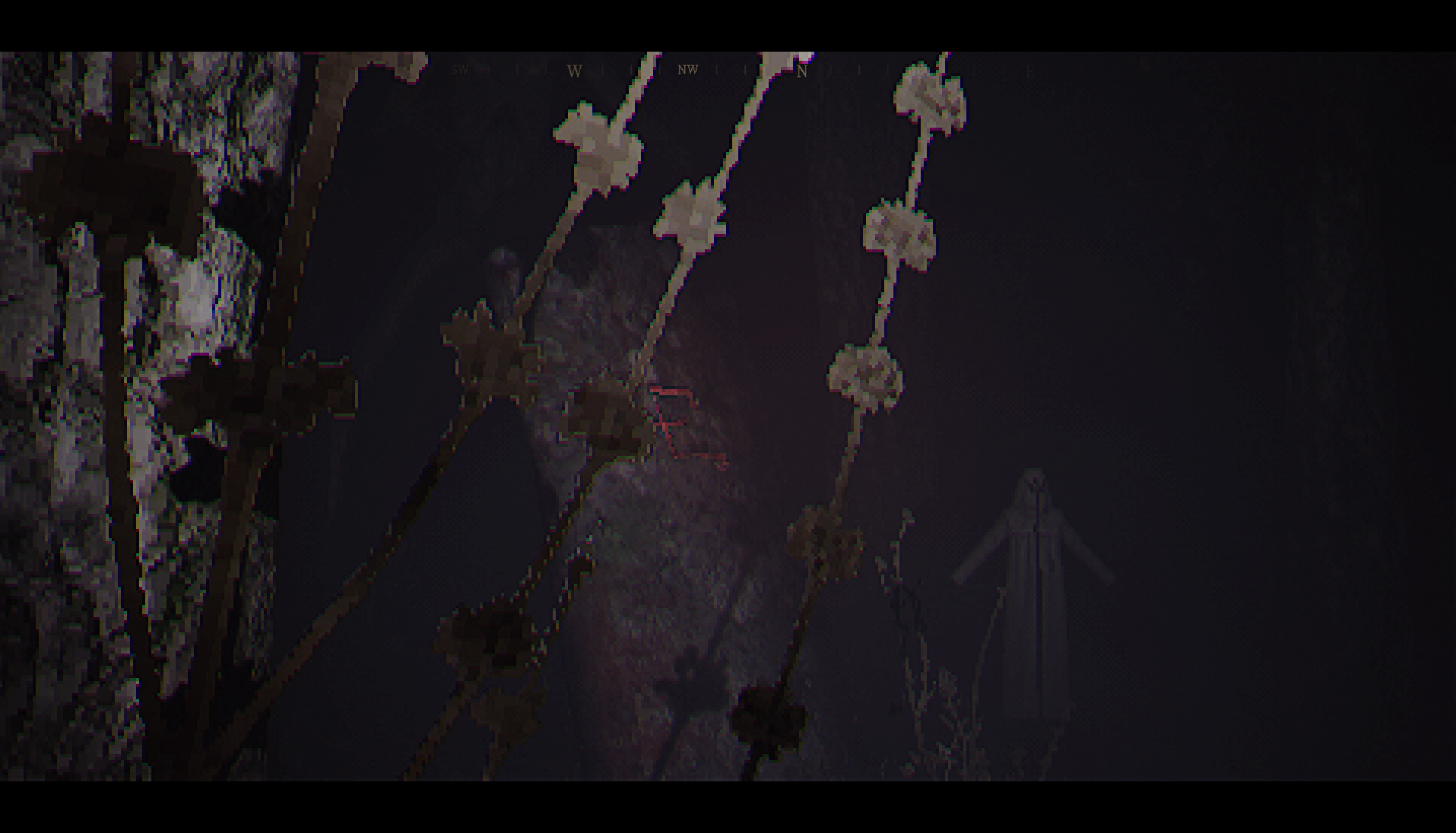 The original jam version will still be available to download as well for people who want to play the - on the nose - Blair Witch version.  Why not? :)

As we have said before, we are trying to gain a following and build a community to help us make our big project REVOIDER.  We are going to keep making short, sometimes experimental, wee games like this and our previous game DROPSHIP.
Will we revisit this post-post jamupdate?  Maybe.  We have some ideas.

In the mean time please follow us for updates.

Get The House In The Woods

The House In The Woods

You are lost in a seemingly endless forest. Heavily inspired by the Blair Witch Project.

Awesome. Can't wait to play it!